Taichi Ichinose (一ノ瀬 太一, Ichinose Taichi) is a student and the main protagonist of Blue Flag. He was friends with Toma Mita until middle school when Toma's popularity made Taichi distance himself from Toma. At the start of his final year of high school, Taichi rekindled his friendship with Toma mostly so he could better help Futaba Kuze in her pursuit for Toma's heart.

Taichi is short and of a slight build with minimal muscle definition. He has ruffled, long black hair that is unkempt and sticks out in all directions. When not wearing his school uniform, he typically wears loose-fitting pants and T-shirts of video games.

As an adult, he sports short spiked hair, wearing a suit when attending Omega's wedding. He also wears a wedding band.

Taichi is a self-conscious and pessimistic person. His low self-esteem derives from the fact that his best friend is good at everything, from athletics to social skills. He is also heavily influenced by social pressures, never wanting to be seen as abnormal or weird for his interests. He also gets easily embarrassed when he feels people are looking at him differently.

His paranoia and communication problems are apparent with his struggles to maintain his friendship with Toma. This situation is caused primarily by Taichi's belief that he is too inferior to maintain a friendship with someone as popular as Toma. In addition to this is the fact that he always feels left out from the more popular social circles despite Toma's best efforts at including him, causing Taichi to put distance between them.

While he doubts a lot of his abilities and suffers from an acute sense of self-loathing, Taichi is a good problem solver. When faced with figuring out a way to help Futaba and her crush on Toma, he quickly outlines a plan of action and follows through with it.

Taichi is very skilled with his hands, being able to build and craft ornate objects, having even once had a dream of opening his own toy store. Aside from his interest in crafting toys, Taichi has a soft spot for cute things; Toma makes a remarks to Futaba that Taichi loved collecting cute Pokemon when they were little.

Taichi was best friends with Toma since primary school. They spent much of their time together until their first year of high school when they begin to have different classes and form new friend groups. Apart from that, Toma's popularity and large circles of friends often caused him to feel left out and develop an inferiority complex, further punctuated when his first crush ended up falling in love with Toma.

In Taichi's first two years of high school, he becomes friends with Yorkie, Omega, and Mon-chan and they have a group chat together called "Dead world denizens."

Taichi gets ready to start the new semester of his last year at high school. He quickly finds out that he is classmates with Toma, causing him to feel conflicted.

He notices Futaba getting her lunch knocked over by some students who were roughhousing and Taichi calls her slow and clumsy, causing his friends to ask why he does not like her. When he looks at her, he sees someone who is too shy and awkward to be good at anything which causes him to feel frustrated: it was like looking at himself.

When she confides in him that she had a crush on Toma, Taichi tells her she has no chance because he thinks Toma likes Akiko. However, he reluctantly agrees to help her get together with him. As he helps Futaba, Taichi starts to fall in love with her, partly due to her willingness to change herself and how much time they spend together.

During the semifinals of a baseball game, Taichi spots a cat about to get hit by a car. Remembering how much he regretted not being able to save a cat in his childhood, he rushes over to save the animal only to be knocked out of the way by Toma. This caused Toma to break his leg, ending his dreams of going to Koshien. This caused Taichi immense guilt because going to Koshien was the only dream Toma had ever held on to since they were kids.

During his birthday, they go to a fireworks festival together with Masumi Itachi and Toma. Taich has a herat-to-heart with Futaba, at the end of which they decide to start dating. Futaba gives him handmade madeleines after seeking advice from Toma, who remembers that Taichi mentioned wanting handmade madeleines from the person he loves.

Despite vowing to stay together, Taichi and Futaba broke up two years after high school after their goals became too different. Five years after the breakup, Taichi got an invitation to Futaba's marriage to another man and it is revealed that Taichi had married Toma who actually attended Futaba's wedding on behalf of them both while Taichi attended Omega's wedding, which was on the same day. 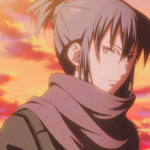 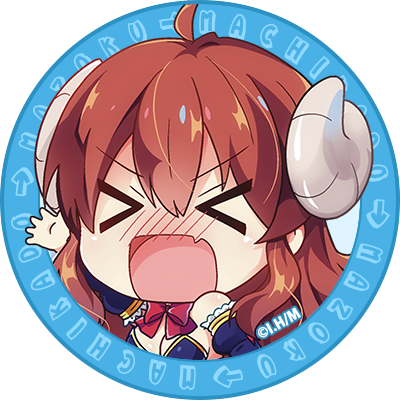